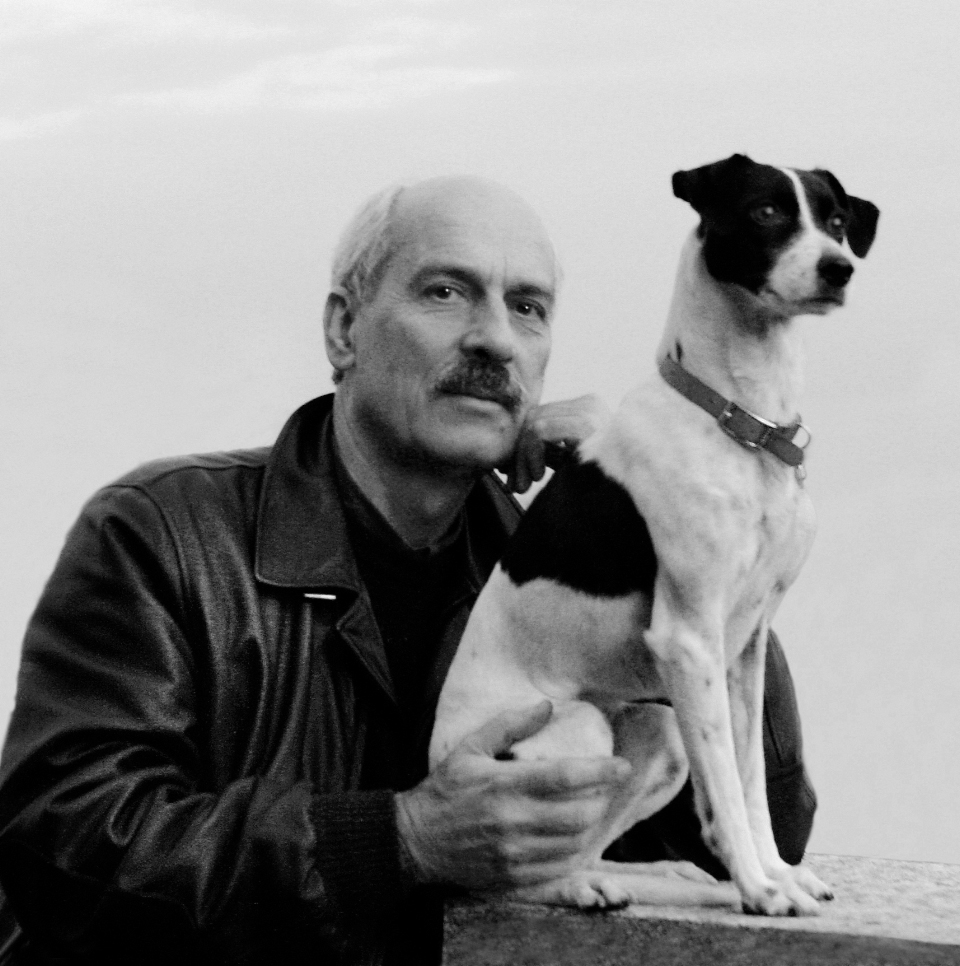 Born in Pordenone in 1941, he lives and works in Turin, where he moved at a very young age. After classical studies and a lapse of time at the Turin Polytechnic, at the end of the Sixties he chose to devote himself entirely to photography, fascinated by the works of Cartier-Bresson and the great reportages published in magazines such as Life, Look, Paris Match, Stern and Epoca.
The beginning of his photographic journey saw him focus on the social fabric of Turin in the '60s, revealing a strong spirit of observation and a pleasant irony. In 1964, called to arms as an Alpine regiment infantry officer, he took advantage of the opportunity to fix the entire "naja" (military service) period in black and white images: from his very first impact with the barracks to his discharge.

Photographs that would be published for the first time in 1968 in the book of photographs "Noi Alpini", that went into five editions, with text and captions by Giulio Bedeschi, author of the best-selling "Centomila gavette di ghiaccio" and that would give life to a photographic exhibition that has so far been to 33 locations and attracted over 90,000 visitors.

Without neglecting his professional commitments, he has always taken time off for personal research on landscape, portraiture, reportage and architecture. His inexhaustible creative vein, the starting point of all his exhibitions and publications, is unleashed in observation of the skies, in long-drawn-out vigils to take evocative photographs of the landscape and in the documentation for images of increasingly defined and restricted realities: from the portraits of children, the elderly and characters shot in their work environment, to vineyards and clusters of grapes, transformed into precious gems on the black velvet of the night. Some of his works are part of the permanent collection at the Alinari National Museum of Photography in Florence.
It’s impossible to produce a detailed account of his many solo and group exhibitions.

I have had the good fortune to spend my life as a professional photographer, working directly with important clients and with big advertising agencies, shoulder to shoulder with experts and very demanding art directors and graphic designers. For more than 40 years I have mainly photographed cars and aircraft, using the beloved/hated film which did not allow errors and required a deep knowledge of technique, in particular the almost obsessive study of light both indoors and outdoors.
This school naturally led me to apply the same rules to all the kinds of photography I came across later, including landscape.
And it is precisely my landscapes that I wish to share on this site.


Based in Turin, years ago I found myself spending weekends in Monferrato, which at the time was completely unknown to me. Later, when I became a frequent visitor, I realised how truly incredible was the spectacle offered by its hills. what a truly incredible spectacle these hills are.

Unlike those of Siena, which are characterised by large expanses of vineyards, olive groves, wheat and sorghum, the hills of Monferrato are fragmented into endless varieties of crops, distributed in small and medium plots, which each month create different puzzles: vines, hazelnuts, orchards and the woods, then the poplar plantations on the plains along the Tanaro; the wheat, soya, sorghum and beets, which alternate with beetroot, barley, maize, and sunflowers, the coriander, alfalfa, rye and broad beans.
All this is crowned by the Alps, which are almost always covered in snow: incomparable scenic added value. Without photographs, it is impossible to tell the story of the exploding colours, especially in spring and autumn, and from the same point of view, with the changing season, time and viewpoint, you can take dozens of shots that seem to come from absolutely different places.
Compatibly with my primary activity as an advertising photographer, it’s about 10 years now that in every season I get taken for a ride by Monferrato and its surroundings. Every now and then I take my revenge with black and white. Only to discover that, confound the place, it is even more intriguing than in colour.
With an eye on the weather and often setting the alarm clock for a pre-dawn rise, I have travelled an infinite number of kilometres to find the most suitable locations to portray in the most varied of lighting conditions, and I have collected many images, some of which I am putting online now.
Fifty shoots per season, with the hope that they manage to convey the same emotion that I felt at the time I took them.

FOR A CORRECT READING AND FOR PHOTOGRAPHY ENTHUSIASTS


Initially I used two Nikon D3x’s before switching to two Nikon 800E’s; most of the photographs were taken with the polarising filter, useful when you want to "pierce" the haze at all distances, mounted on a pair of zooms: the 24/70 and 70/200 mm. Sometimes I used 14/24 zoom and 300 mm lens, but never anything stronger: I forced myself. In many cases the shoot’s high saturation and contrast, due to the polarising filter, were lowered during Raw processing: the true polarised colours would not have been credible!

All the "leopard spot" photographs were shot taking advantage of the chiaroscuro created on the ground by the passage of clouds or shade of trees.

If you are interested in any of the photographs, please contact me.
The same goes for 50 photographic prints, with passpartout and frame that make up a variegated travelling exhibition.
These 200 photographs and others again can be projected during a theme evening.